The Creatures of Aarden 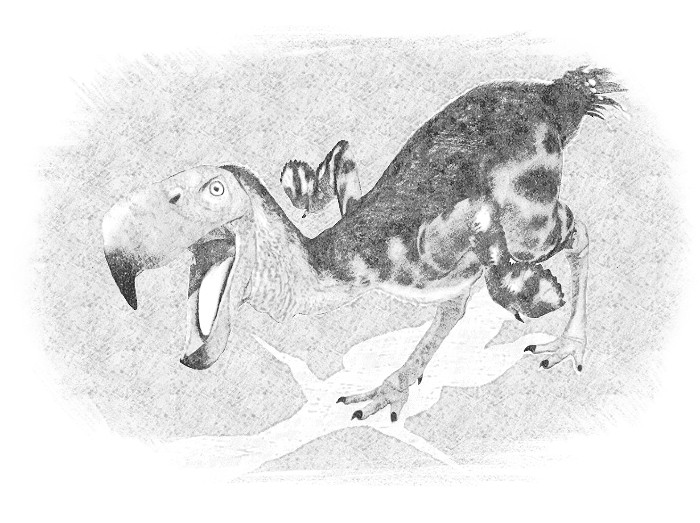 The world of Aarden is a vast, containing a myriad of environments which have fostered a broad variety of unique animals. Some more than others have garnered a particular status among the 6 races for their unique abilities and impressive size. 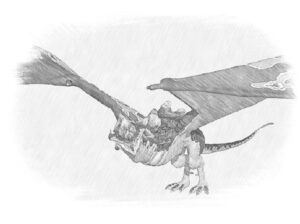 Are large, apex predators, typically twice the length of a horse including their long tails and necks. The greatest of all the reptiles, they have incredibly resistant scale hides, making them difficult to kill. Living in packs dominated by one or two males, they hunt large game throughout the known world, appearing in half a dozen species. Though they normally avoid the five races, they occasionally attack if threatened or hungry. Draken were once used for the purposes of war by humans, elves, and orcs. However, the practice was mutually abandoned some five-hundred years ago. 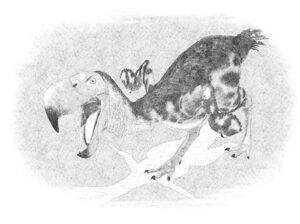 Are large, flightless birds that are predatory in nature. They operate in female dominated flocks of six to ten adults, preying on medium-sized animals. Aachen occur only on Illyria though they have been exported to the provinces in Therra where they are used as beasts of burden. Humans of the El Tribe domesticated them thousands of years ago and once used them for war. At present, they are utilized only for labor and transportation, having been banned by the Empire for use in battle after the last El uprising. 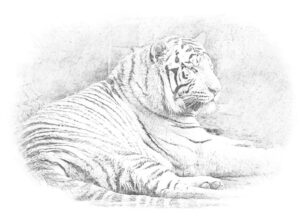 Are a large, white, with black striped cat species are native to the Elvish homeland of Talunsa’bhaile where these big cats live in mated pairs. Formidable predators, they tackle the largest prey in their environment and are feared only second to the Draken. The elves have long made the Tíogair their companions and are kept as sacred pets but also used as deadly mounts in times of war. Elvish Rangers are the only warriors allowed to keep them outside of the nobility.  Once thought extinct by humans, they were seen for the first time since the Great Fall during the Llyvenwood War where they were used on lightning raids and often helped turn the tide in a losing battle. 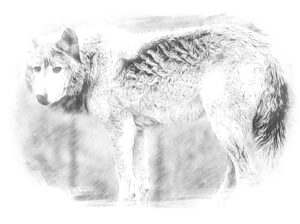 Are very large wolves that live in small packs, hunting the biggest game available in their environment. Though extinct in Illyria, they still occur in Therra and possibly other lands. In the wild, these wolves live in large family groups, dominated by a single pair that mate for life. Goblins have long kept them as pets and utilize them as cavalry during war, having bread them for this purpose for thousands of years until becoming a distinct sub-species from their wild counterparts. 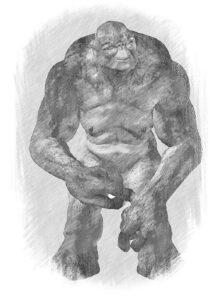 Are a large ape species native on at least three of the continents in the form of various sub-species. Known to humans as trolls, the Moncaimor are one of the most intelligent of the animals found on Aarden. Covered mostly in fur, but revealing a human-like face, these beasts stand four heads higher than the average human male. All these factors combined along with incredible strength and tough hides, make them a formidable opponent. In the wild they live in reclusive family groups dominated by a single male. They are generally peaceful omnivores but dangerous when encountered by humans. Orcs domesticated the Moncaimor thousands of years ago where the sub-species they keep have been bred for generations to be ferocious beasts of war that they are used to great effect. 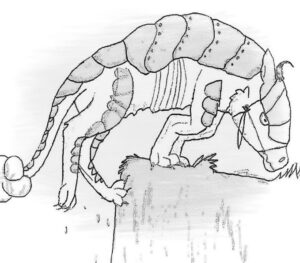 Are large armored herbivores of unknown origin. These nocturnal beasts have been transported throughout the known world by their Dwarven patrons. Closely resembling their much smaller cousin the armadillo, these large creatures bear a flexible tail with a bony club on the end which they use for self-defense. Due to the unknown origin of the beasts, what little is understood comes from their Dwarven keepers who have kept them as pets for as long as history has been recorded. Once used in vast numbers on the battlefield as an incredibly effective defensive force, they are rarely seen anymore, and it is assumed they must be near extinction. 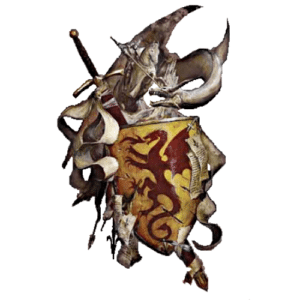